The 11 Most Unique (and Amazing) Restaurants in Virginia! 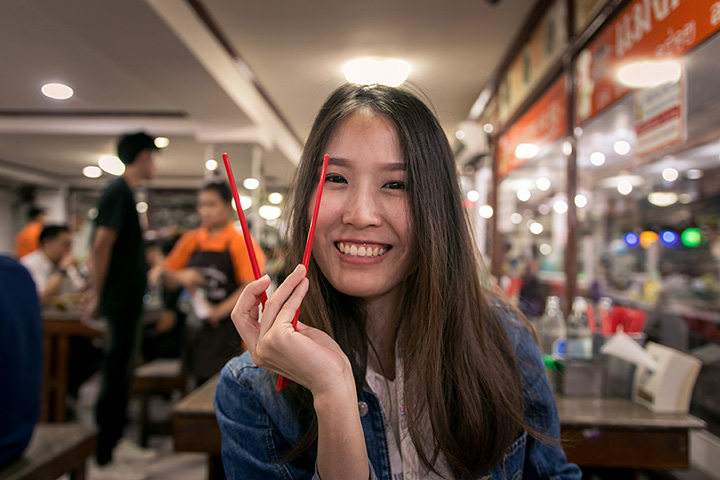 You’ll know when you get to the Pink Cadillac Diner in Natural Bridge, Virginia when you see the pink Cadillac parked outside. Or maybe you’ll see the King Kong statue next to it. If not that, then certainly the pink pain on the exterior. Either way, the Pink Cadillac is a local favorite, capturing the feel of a 1950s diner complete with Elvis statue and matching soundtrack. The food is all-great, so order to your heart’s content.

Juleps in Richmond, Virginia, has been named one of the city’s “Top Seven Sensations” by Richmond Magazine for its delicious food and elegant atmosphere. The restaurant is housed in Richmond’s oldest commercial building, which was once a lumber house, brewery, cigar-box maker, and soap factory. Today the historical ambiance makes Juleps one of the best dining experiences around.

Previously known as Caliente, the Sheppard Street Tavern in Richmond, Virginia, was featured on “Man v. Food” for its chicken wing challenge: Eat eight wings in under 30 minutes. Easy, right? Participants can’t use ranch dressing or milk to douse the heat of these jumbo wings. The combination of habanero, cayenne, and pure chili extract make dining at Sheppard Street Tavern an experience to remember.

Authentic Korean cuisine can be hard to come by, but at the Honey Pig Korean Grill in Annandale, Virginia, you can experience Seoul at home. Grill your own meat and enjoy classic Korean dishes like bibimbap, golbi, and bulgogi.

Miyagi Sushi in McLean, Virginia, is known for their interesting takes on sushi. Ever thought about trying a lasagna sushi role? Me either, but you don’t know what you’re missing. Miyagi can be hard to miss from the street, but keep looking for this diamond in the rough.

Amphora in Herndon, Virginia, was named Best of Virginia for The Sporting Life and Best Restaurant by the Washingtonian two years ago. The menu is huge, covering every conceivable meal and most cuisines. Everything is served all day long.

The Freemason Abbey in Norfolk, Virginia, was originally a church built in 1873. Today, it is an elegantly casual restaurant serving fresh seafood, steak, and award-winning She Crab Soup. Reservations are recommended, as the space almost always fills up quick.

Skeeter’s Restaurant in Downtown Wytheville is known for selling millions of “Skeeterdogs” since the business originally opened in 1920. Fun fact: The building is also known as the birthplace of First Lady Edith Bolling Wilson.

Smitty’s Better Burger in Hampton, Virginia, has been serving diners since 1956. The authentic drive-thru experience is known for its famous Better Burger. Make sure to tip your carhop.

If you find yourself in Roanoke, Virginia, then make sure to stop by Texas Tavern. The same family has owned Texas Tavern for generations, dating back to 1930. Order up a helping of their “Best Chili,” “Best Hot Dog,” “Best Local Hamburger,” or “Best Late-Night Dinner,” as rated by readers of the Roanoke Magazine.

The Hunter’s Head Tavern in Upperville, Virginia takes its London theme to the extreme. Take note of the British-style red phone booth just outside. The cozy interior evokes a small-town country inn feeling, where diners can enjoy traditional British food. Make sure to take an after-dinner walk around the patio to enjoy the gardens.