The 10 Most Unique Hotels in Virginia! 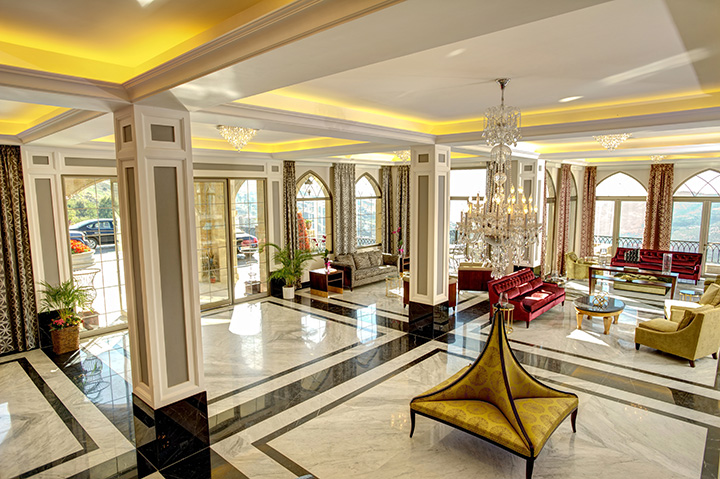 Virginia hotels are going to offer you an old-time aura with their historic buildings, unmatched elegance with some of the more opulent accommodations, and even a picturesque farm experience if that’s what you’re looking for. These 10 hotels have housed presidents, emissaries, ambassadors, and could house you too!

The Cavalier first opened in 1927 as “an original hilltop structure overlooking the beach and catered to well-to-do clientele.” The 5.41-acre estate is seven stories and is still known as one of the nicest hotels at the Ocean Front. Built in the Roaring Twenties, the hotel eventually became known as a go-to act for famous bands of the era. In World War II, it was used as a hotel for Navy personnel, and housed seven presidents. Currently, it is undergoing renovation, but should be open for reservations soon.

Primland isn’t just a hotel. It’s a luxury resort that offers every conceivable form of entertainment you can imagine. Take the morning to golf or go horseback riding before an afternoon at the spa and an evening eating the freshest food and local wine. Choose from several different accommodation options, including the treehouses, which are, as the name implies, elevated into the trees.

The Inn at Little Washington is a five-star boutique hotel, best for families and couples. Space is limited at only 24 rooms, and demand is high so make sure to get a reservation early. “This intimate Relais & Chateaux property receives continual praise for its romantic atmosphere, exceptional service and top notch accommodations” which includes four-poster beds, wood-burning fireplaces, and private balconies. It isn’t cheap, so save up for a special occasion.

The award-winning Jefferson Hotel in Richmond, Virginia, opened in 1895 and is still known for its sophisticated elegance. From the time the hotel opened until 1937, rooms were only $1.50 per night, but the price tag is a little heftier these days. The Jefferson has been used in movies including “My Dinner with Andre,” “First Kid,” and “The American President.”

General Francis Preston as a family residence built the Martha Washington Inn & Spa in 1832. By the Civil War, it served as a training ground for the Confederate Army, as well as a hospital for which it earned the nickname “The Martha.” It is the subject of many ghost stories, including The Yankee Sweetheart, Reappearing Bloodstain, and The Phantom House. Experience the history, and the supernatural, by booking your stay today.

Morrison House is located in Old Town Alexandria. It doesn’t look like a regular hotel, with its redbrick exterior, but the homey atmosphere adds to the allure. This upscale hotel is central to Alexandria, and only a short walk away from most major sites and the Washington D.C. metro. Check it out for a quaint experience just outside the capitol.

You can’t miss the Hotel 24 South  (formerly Stonewall Jackson Hotel) in downtown Staunton: The red and white billboard sized sign on the ceiling makes sure of that. Named for General Stonewall Jackson, this historic hotel has lots of character and charm. While it recently underwent a major renovation, care was taken not to lose any of the facets that make it unique. Book a night and who knows? You might stay in the same room Amelia Earhart did one her visit to historic downtown Staunton.

Originally built in 1860 as a stopover for the railroad town of Gordonsville, it eventually took in over 23,000 sick and wounded Civil War soldiers. “By the time the war ended, the number had reached over 70,000.” At least 700 bodies were buried on the surrounding grounds, and the current owners claim that the spirits of at least a few still wander the halls.

The inn resides on a 265-acre working farm, and is surrounded by antiques, greenery, and hiking trails. Private cottages are available, offering additional peace and quiet to enjoy nature. Take an afternoon at the spa or jump into the hot tub before eating at the farm-to-table restaurant and drinking wine from their extensive cellar.

Rose River Farm is one of the most unique hotels on the list. The three, luxury rental cabins resembling Mongolian yurts. Fly-fishing is one of the most frequent activities, but Rose River also offers bamboo rod building classes and host’s weddings. With views this gorgeous, you may never want to go home.