The 8 Best Comedy Spots in Virginia! 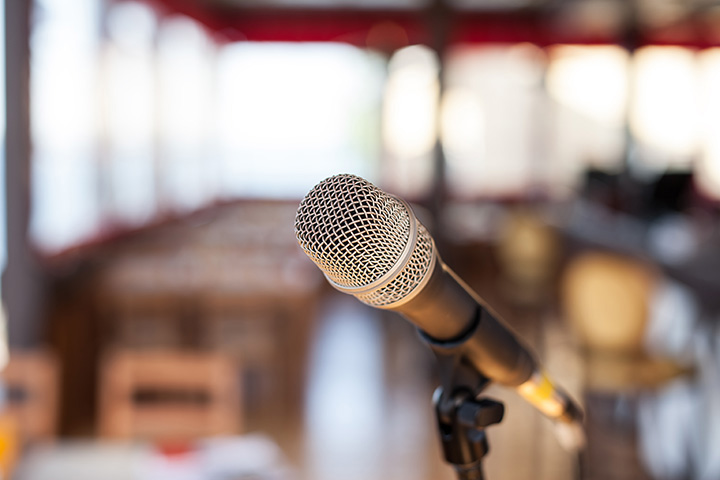 The comedy scene in Virginia is rapidly growing, with new venues cropping up all over the state. Major talent from Washington D.C. often travel across the Potomac River for a show or two in Northern Virginia, offering patrons a chance to catch the hottest acts. Up-and-comers have ample opportunity to test their material at open mic nights. You’ll find 8 of the best comedy clubs from across the state below!

The Coalition Theater is the premier comedy club in downtown Richmond. Live shows every week include improv, sketch comedy, and stand-up. Future comedians can take free classes from seasoned professionals (paid classes are offered, too). If you’re short on cash but dream of the comedy stage, then apply for an internship. Interns can take paid classes free of charge.

Cozzy’s Comedy Club and Tavern has been a Newport News institution since 1991, offering the good citizens of the Peninsula Hollywood caliber entertainment. Previous performers include Darrell Hammond from “Saturday Night Live,” Tommy Chong of Cheech and Chong, and standup comedians previously featured on late night. The casual atmosphere creates an intimate setting to enjoy dinner and a night out on the town.

The local comedy group The Pushers founded The Push Comedy Theater to “bring live comedy from the best local and national acts” to Arts District of downtown Norfolk. Classes are offered during the week, but the weekend are all about sketch, improv, and stand-up. Corporate workshops to help grow company culture are also available.

The State Theatre isn’t a strict comedy club. It’s a theatre that hosts all kinds of acts. But their $5 comedy nights net them a mention on this, the most coveted of Virginia comedy lists. Local talent is welcome to perform stand-up. The theatre draws crowds from Washington, D.C., as well as Northern Virginia. It’s a great place to get your feet wet and to see the next generation of comedians cutting their teeth.

The Funny Bone is a fast-growing chain of restaurants and comedy clubs spreading throughout the United States. With two locations in Virginia, in Richmond and Virginia Beach, it is a go-to for most casual comedy lovers. The comedy is usually family friendly, and the atmosphere is more polished than some of the other clubs you might find. The Funny Bone hosts frequent free-ticket contests, and bring in talent from all over the United States. It’s a perfect place for a date.

The Arlington Cinema and Drafthouse in Arlington, Virginia, is one of the bigger venues on the list. It is the winner of the “Best Comedy Club in Virginia” award from Northern Virginia Magazine, as well as the “Best Date Night” award from Arlington County Abbies. The Drafthouse diversifies its event calendar with movies, sports showings, and, of course, comedy. Its proximity to Washington D.C. attracts some of the best talent in the business, including upcoming shows from W. Kamau Bell and Carlos Mencia and past acts like Trevor Noah and Patton Oswalt.

The Paramount in Charlottesville, Virginia, opened on Thanksgiving Eve in 1931, and has since become an artistic landmark. The multi-purpose theatre shows movies, hosts opera singers, presents lectures and summits, and hosts fantastic comedic talent, such as Ron “Tater Salad” White.

The Carlyle Club in historic Alexandria, Virginia, is a supper club with an eclectic assortment of entertainment. Besides comedy night, featuring world-class talent, the Club hosts jazz nights, tributes to Motown, and many more. The dress code is business casual or cocktail attire and new visitors should be aware that there is a $25 minimum on food and beverage per dining room guest, but not for general admission tickets.

View more Virginia Comedy Clubs.
Select a Virginia town to find
the Best Things-To-Do and Places To Go around you