The 9 Best Pho Restaurants in Virginia! 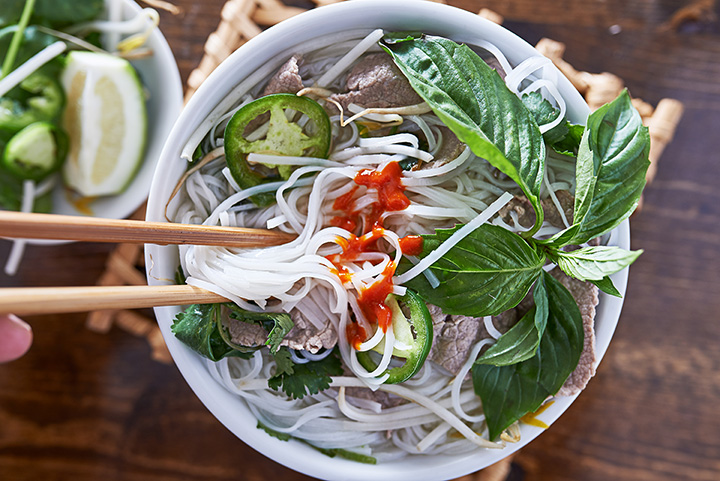 With its endless combinations of meat, veggies, and spices, pho is always good. Whether it’s the middle of the summer or a chilly winter day, whether you’re feeling under the weather or you’re just fine, pho is a delicious choice. Here are the 9 best spots to grab yourself a big bowl of pho.

The Pho has three Northern Virginia locations including Leesburg, Sterling, and Ashburn. The large menu includes 25 different pho options along with lots of delicious side orders.

Pho 102 was recently voted the best Pho in Northern Virginia by readers of Northern Virginia Magazine, and it’s easy to see why. They’ve taken a modern approach to serving pho, and offer free Wi-Fi and charging stations at their tables. The menu is a great mix of traditional flavor and contemporary execution.

Pho 75 in Arlington, Virginia, was a semi-finalist in the same Northern Virginia Magazine reader poll. They’ve got an entire wall of awards listing them as one of the best bargains in the NoVa area.

Pho Saigon styles itself as “Fredericksburg’s First Authentic Vietnamese Restaurant.” They’re open from 11:30 a.m. for lunch until 8:30 p.m. and have a large menu with tons of Vietnamese favorites.

Richmond, Virginia, has tons of excellent pho spots, but Pho So 1 stands out for their excellent flavor and reasonable prices. Choose from 23 pho options or branch out into other traditional Vietnamese cuisine.

Vietopia in Harrisonburg, Virginia, is relatively new, but has already made a name for itself in the area for its awesome apps, pho, combination platters, and sandwiches. Don’t forget to order a boba smoothie.

Pho 79 has multiple locations throughout the Tidewater region, including in Newport News, Suffolk, Virginia Beach, Williamsburg, Chesapeake, Hampton, and Norfolk. Their delicious flavors, reasonable prices, and wide menu variety is a winning combination.

Saigon 1 in Virginia Beach, Virginia, is a local favorite. The menu is large with generous portion sizes and lunch specials. All the pho is great, as are the appetizers and rice dishes.