10 Movies You Didn’t Know Were Filmed in Virginia 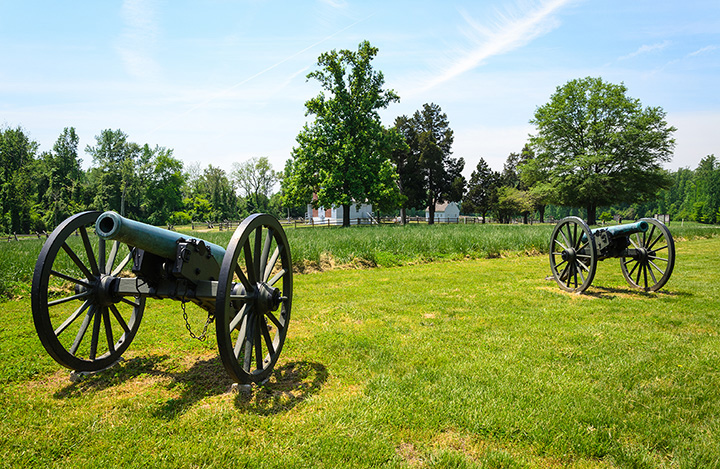 Virginia has a robust film industry. The Virginia Film Office, located in Richmond, Virginia, hosts festivals and contests throughout the year to encourage aspiring filmmakers to practice their craft. As a result, several Hollywood starlets, writers, directors, and producers call Virginia home. It comes as no surprise then that movies are filmed in the Commonwealth all the time. Here are 10 that might surprise you.

The 2014 Best Picture contender “Captain Phillips,” with Tom Hanks in the lead, was filmed in Virginia Beach, Virginia, among other places. A scene in which Navy SEALs are rescued was filmed at the beach, with the cooperation of the Norfolk-based Navy. Having the real-life Navy so close by undoubtedly led to a heightened sense of realism.

“Cold Mountain” takes place during the American Civil War as a wounded soldier traverses across the Cold Mountain to find the love he left behind. Much of the filming took place in Petersburg, Virginia, where many of the battle set pieces were set. Filming near the actual locations likely helped the actors get a better sense for the history they were recreating.

Virginians are very proud that “Dirty Dancing” was filmed at the Mountain Lake Hotel in Pembroke, Virginia. The film, starring Patrick Swayze and Jennifer Grey, follows Grey’s character “Baby” over a summer at a resort, in which she falls in love with the dance instructor on site (Swayze). The Mountain Lake hotel where most of the movie was filmed is open to the public.

Ben Affleck’s Best Picture winner “Argo,” retelling the true story of an undercover CIA agent’s operation to rescue six American hostages in Tehran by posing as a Hollywood science fiction movie during the U.S. hostage crisis in 1980, was filmed in and around Northern, Virginia. Filming took place in McClean, Virginia, just outside of the CIA headquarters building.

The spin-off to the Jim Carrey-led “Bruce Almighty” (2003), “Evan Almighty” (2007) follows Steve Carell’s Evan, a congressman, who becomes a modern-day Noah when God tells him to build an ark. Filmed in Crozet, Virginia, a small town just outside of Charlottesville, “Evan Almighty” was the most expensive film to ever have shot in Virginia.

“Hannibal” starring Anthony Hopkins as Hannibal Lecter after the events of “Silence of the Lambs” (1991), was filmed largely in Richmond, Virginia. The house of Clarice Starling (Julianne Moore) is on Park Avenue, Richmond, and the State Library on Capitol Square was used as Lecter’s cell. In the 2013 television series, “Hannibal,” one of the main characters lives in Wolf Trap, Virginia, which is also filmed in site.

“JFK,” written and directed by Oliver Stone, follows a New Orleans agent chasing the John F. Kennedy conspiracy theory. Scenes in the Arlington National Cemetery were shot on site, among many others in the surrounding D.C. area.

Steven Spielberg’s 2012 Best Picture Oscar contender, “Lincoln,” stars Daniel Day-Lewis as the titular 16th president of the United States during the Civil War as he plays politics to pass the thirteenth amendment to the United States Constitution outlawing slavery. Filming took place in Richmond, Virginia, around Maymont. More filming took place in Petersburg, Virginia, at the Mcilwaine House and the Petersburg Farmers Market, as well as the state capital and union station.

Another Steven Spielberg film, “Minority Report” stars Tom Cruise as a police officer in the future who arrests murderers before they commit crimes. But when he is accused of a future crime, he must fight to take down the entire system. Scenes were filmed in Gloucester, Virginia, as well as the surrounding D.C. and Northern, Virginia areas.

Michael Bay’s second entry into the “Transformers” film saga, “Transformers: Revenge of the Fallen” follows the continued adventures of Shia LaBeouf’s Sam Witwicky and his alien transforming automobile friends. The Steven F. Udvar-Hazy Center in Fairfax County was the backdrop for one of the climactic battles. All major actors, including LaBeouf, Megan Fox, and John Turturro, were on set.

View more Virginia Movie Theaters.
Select a Virginia town to find
the Best Things-To-Do and Places To Go around you