The 10 Best Places for Mac and Cheese in Virginia! 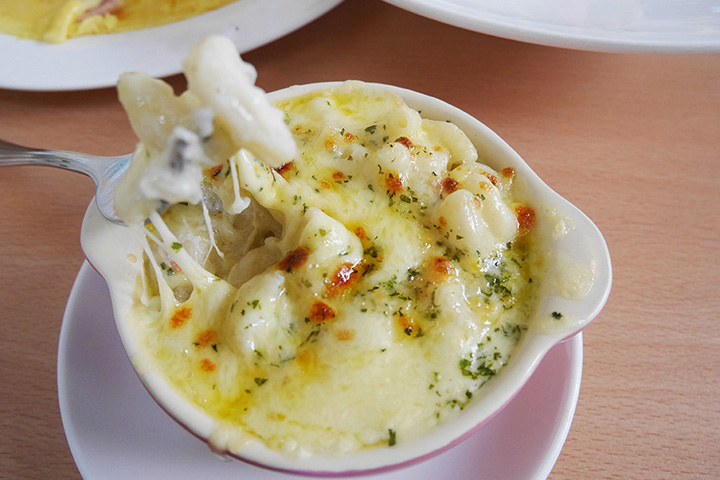 Few foods provide the same kind of comfort as a hot bowl of mac and cheese. The simple dish can be made as complicated as you want, or kept to the basics—either way, it is an essential part of the southern comfort food tradition. Below you’ll find 10 of the best places for mac and cheese in all of its many forms throughout Virginia. Read on for cheesy bliss!

Cheesetique is a cozy wine and cheese specialty shop nestled in the suburbs of Arlington, Virginia. In addition to the shop, which sells wine and cheese and hosts events, the restaurant on-site serves up delicious cheesy goodness. The entire menu is great, but the macs will keep you coming back. Try the lobster mac (delicate lobster meat tossed with fontina fontal, tarragon, and a touch of sherry), the multi-award winning Mac ‘N Cheesetique (goat gouda, Asiago and cacao de roma topped with truffle-infused bread crumbs), or the Mac of the Moment, an ever-changing dish. When you want mac and cheese, stop by the Cheesetique.

The Grilled Cheese Bistro (GCB) in Norfolk, Virginia, aims to reinvent childhood cheesy classics. Cheese is in practically every dish on the menu. GCB serves mac and cheese as a sandwich, called the Hangover (black truffle mac and cheese between two slices of bread). The dish is vegetarian friendly. Pair it with a bowl of tomato basil bisque for an unforgettable mac experience.

The Book is one of the oldest diners in Charlottesville, Virginia, having been in constant operation since 1951 with the building dating back to the 1880s. Gourmet Mac N’ Cheese is one of their premier dishes, earning a page all to themselves. These macs are among the most creative we’ve ever seen, but if you’re only picking one, go for the Kitchen Sink (with crispy chicken tenders, country sausage, caramelized onions, tomatoes and extra cheese). You won’t be disappointed.

The Alamo BBQ in Richmond, Virginia, is known for their incredible barbecue and Southern cooking. Mac and cheese plays a prominent role on the menu. Order half a pint or a full pint of the jalapeno mac and cheese if you’re ready for a kick. Or try the Texas Train Wreck (your choice of meat over mac and cheese, cowboy beans, and cornbread). Indulge in Southern decadence at the Alamo.

When you’re in the mood for a fine dining Virginia Beach experience, don’t pass up Zoë’s. Located on the Virginia Beach oceanfront, the restaurant has earned praise for its soothing ambiance, food, and style. Mac and cheese may not immediately come to mind when you think of fine dining, but rest assured that the blue crab mac and cheese is one of their most popular dishes. Stop by to try it yourself, and then check their website for the full recipe to make it at home.

Blue Talon Bistro’s “Mac & Cheese” entrée was recently nominated by readers of the Daily Press as the best mac and cheese on the Virginia Peninsula, and it’s easy to see why. The dish is served as an entrée and a side, although the chef recommends eating it as the main dish. Blue Talon’s mac is a baked gratin of penne pasta, sautéed vegetables and Edwards Country Ham.

Founding Farmers in Tyson, Virginia, is a collective owned by over 47,000 farmers and a dedication to sustainability. Their mac and cheese is handmade every day, and comes in three unique options. Choose from the seven-cheese macaroni, the lobster macaroni and cheese, or the ham, apples, and peas macaroni and cheese. You can’t go wrong with any of them.

The mac and cheese at Jack Brown’s isn’t served in the typical fashion. If anything, the good folks at Jack Browns improved upon the original delicacy. How is it served, you ask? On top of a burger. That’s right, “The Greg Brady” burger is topped with house mad mac and cheese and Martin’s barbecue potato chips. Don’t let the lack of tradition fool you: you may never go back to the old way of consuming mac again.

Melt Gourmet Cheeseburgers in Leesburg, Virginia, has garnered over 18 awards for their incredible food. While the burgers make up most of the menu, the mac n’ cheese is not to be overlooked. Their Ooey Gooey Mac & Cheese changes regularly. For July, choose a side in the “Battle of the Cheddars” event. Pair your elbow pasta with Sharp New York White, Vermont White, Wisconsin Sharp and Oregon’s Tillamook cheddar, tossed with seasonings, sweet dairy cream, and garnished with scallions.