The 10 Best Escape Rooms in Virginia! 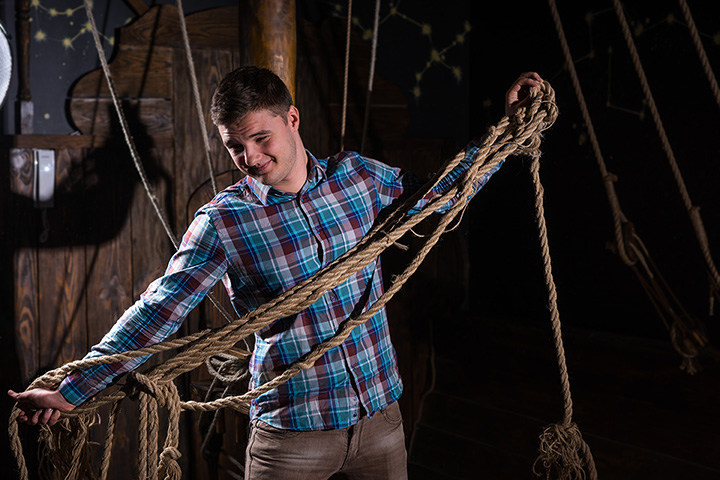 Escape rooms are all the rage these days. In a world populated by endless screens and entertainment options, there’s something supremely satisfying about going to a physical place, immersing yourself in a puzzle and using your wits to dare an escape. For your next corporate event, birthday party, or date night, you could do no better than the following 10 Virginia escape rooms.

A post shared by Escape Room Virginia Beach (@escaperoomvirginiabeach) on Sep 3, 2018 at 9:37am PDT

Escape Room Live in Alexandria, Virginia has been voted one of the Best of D.C. attractions. Their rooms are intricately decorated and extremely thematic. Choose from an Edgar Allen Poe-themed room, a fantasy-themed room, a Sherlock Holmes theme, and more.

Escape Room Herndon and Escape Room RVA are owned by the same company. They also have an escape room in Arlington. Discover “artifacts, clues, cryptic symbols, and unexpected interactive materials used in each room” to escape. Escape from a supervillain. Defeat aliens. Discover the paranormal. You can do it all and more here.

One Way Out, Lynchburg, VA

One Way Out is a Trip Advisor 2017 Certificate of Excellence award winner. They currently offer three rooms with a fourth on its way. Will you be part of the 30 percent of players that can escape from The Baker Street Mystery? Or will you find the lost professor, who has suddenly gone missing? There’s only one way to find out.

A 2018 Certificate of Excellence award winner from Trip Advisor, Cville Escape Room brings the escape room experience to Charlottesville. Reserve your room only and choose from a Sherlock Holmes-themed room, a Jack the Ripper-themed room, an archaeologist adventure, and a conspiracy-themed room.

The Colonial Escape Room is in the process of opening a brand-new Speakeasy Escape Room “unlike any escape experience you’ve ever witnessed.” But until that one opens, enjoy Blackbeard’s Cabin, Samurai Showdown, or the Massacre-themed rooms.

Immersion Escape Room builds all of their rooms from the ground up, “allowing us the freedom to create realistic environments that transport you into the center of a thrilling episodic adventure.” They break their rooms up into “seasons” and “episodes,” telling a sprawling story over the course of the rooms which will keep you coming back to discover the next piece of the interwoven puzzle.

You have 60 minutes to escape from one of three rooms at Puzzlr in Blacksburg, Virginia. View leaderboards, read about the scenarios, and book your tickets online at their website.

Crack the Code Escape Room in Staunton, Virginia has three unique escape rooms. The first one, called Da Vinci’s office, has a 32 percent escape rate. Their Back to the 80s room forces you to escape from detention in order to make it to a Metallica concert. Forty percent escape this one. Finally, experience their newest room, Steampunk City. In this scenario, the entire city is dependent on the workings of a giant clocktower—which has mysteriously stopped.

A post shared by Crack The Code Escape Room (@crackthecodeescaperoom) on Aug 8, 2018 at 2:38pm PDT