The 15 Coolest Houses in Virginia! 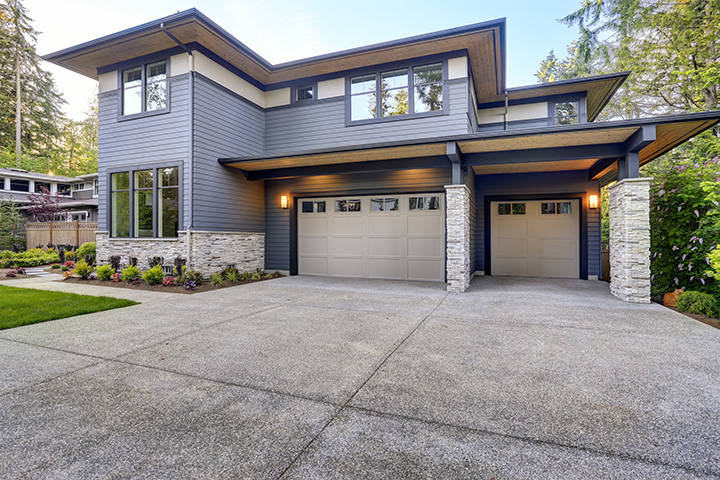 Virginians are accustomed to living among historic homes and lavish castles. Between Thomas Jefferson’s Monticello, the many ancestral castles throughout the state, or the Tiny Houses cropping up, Virginians know what they want and how to get it. These fifteen houses are unlike any you’ll see anywhere else.

Virginia has several castles all around the state. Bacon’s Castle, also known as “Allen’s Brick House” and “the “Arthur Allen House,” is the oldest brick dwelling in the United States. The Castle was built in 1665 and is the nation’s only surviving High Jacobean structure. Now the property of Preservation Virginia, Bacon’s Castle is one of the most interesting homes to tour. Make sure to stop by the restored garden.

Designed and constructed by John Miller, a former army officer and civilian contractor, the Bull Run Castle is a modern reimagining of the medieval castles of yore. While the castle is currently closed for renovations, it’s well worth a drive-by, if nothing else, to see what modern-day ambition can accomplish.

The Ferry Plantation House, one of the most historic homes in Hampton Roads, is located in a regular Virginia Beach neighborhood. According to the website, “The Federal Style home stands three-stories and three bays wide at its central block and is constructed of brick laid in a three-course American bond. The main block features two interior chimneys and the brick addition features one exterior chimney.” Much of the plantation house is original. Historically, the house served as a plantation, courthouse, tavern, and school, whereas it is now a museum and office space for a non-profit.

Ted Kennedy’s Hickory Hill has been owned by a great number of famous Americans. Since its creation in the late 1860s, it has changed hands from a regular D.C. dentist in the early 1900s until Supreme Court Justice Robert H. Jackson purchased it. In 1955, John F. Kennedy purchased the home before selling it to Robert F. Kennedy. Most recently, it was sold in 2009 to a businessman for $8.25 million and underwent a renovation.

Pharrell Williams may not be a Kennedy, but the bestselling rap artist is happy all the same. Born and raised in Virginia Beach, Virginia, he purchased a mansion in his home city for his mother and still visits regularly.

The Tiny House Building Company is an LLC in Fredericksburg that focused on creating unique, charming tiny homes based on pre-developed and stylish models. From their website, “All of our models are both self-sufficient and mobile.” While the first Mountaineer model has been sold, plans are available and can be customized, with the option to start construction on your very own tiny home today.

The Newport News Middle Ground Light was built in 1891 and is still used as a living space. It was purchased in 2005 and is now used as a vacation home.

James H. Dooley, a millionaire philanthropist, built Swannanoa Mansion in 1912. The mansion was built as a token of Dooley’s love for his wife, which was represented in a 4,000-piece Tiffany stained-glass window and domed ceiling created in Mrs. Dooley’s image. Today it is open for group tours, weddings, and other events by appointment.

Featured in the 2010 edition of Weird Virginia magazine, this “three-tired home built by George Lester in the early 1900s resembles a wedding cake.” Allegedly, the house was built as a restatement to show Lester’s affection for his bridge. Be warned: Driving by the wedding cake house is known to cause extreme hunger and random acts of matrimony.

A “spite house” is typically a structure built to take up inconvenient space to block access from annoying neighbors. In 1830, John Hollensbury, frustrated by the many loiterers and horse-drawn wagons that would go between his house and the tiny alley next door, he constructed a brick house to fill the gap. Today it fetches a pretty penny on the Alexandria real estate market and is totally livable.

This six bedroom, six-bath mansion is available as of this writing for $15.5 million. The stone manor is one of the most expensive mansions in the state and is situated on “sweeping lawns and brilliant gardens.” The house was built on a 327-acre lot in 1925 and is still one of the most extravagant, gorgeous homes a Virginian could ask for.

Perhaps the most iconic house in Virginia, Thomas Jefferson’s 5,000-acre Plantation Home is known for its incredible domed ceiling and neoclassical design. Among his many talents and long resume, Jefferson was known in his time as a prolific architect (he even made changes to the White House when he moved in in 1801). Monticello is a must-see for historic home lovers.

Virginia is known as the “Mother of Presidents,” having been the birthplace for eight presidents. Presidents aren’t usually known for their modesty, and many of the Founding Fathers had extravagant homes that are now open to the public. Mt. Vernon, George Washington’s estate, has been in the area since 1674. The mansion was Washington’s home for much of his life and is now designated as a National Historic Landmark.

The final presidential home on this list (although other homes throughout the state, including Berkeley Plantation, James Monroe’s Ash Lawn-Highland, and John Tyler’s Sherwood Forest Plantation are all worth the visit), Montpelier is where James Madison called home. The large Georgian-Style mansion underwent a massive restoration, completed in 2008, but the house still resembles the original in most ways.