The 8 Best BBQ Joints in Virginia! 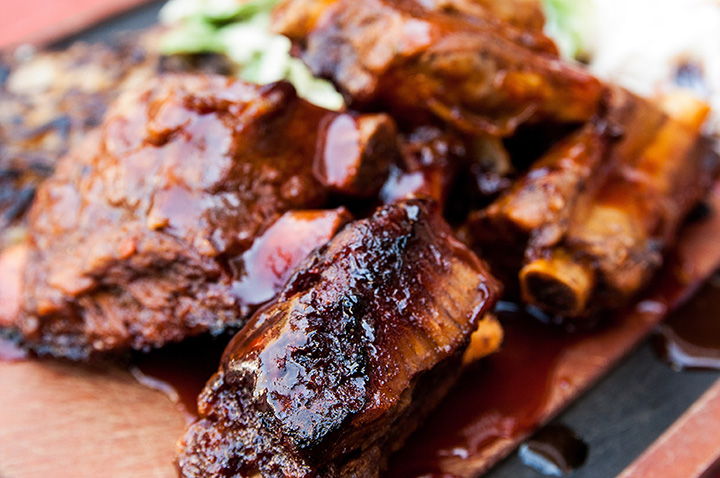 Virginians love southern comfort food and nothing screams southern comfort like good barbecue. Smokehouses across the state pride themselves on unique techniques, tangy flavors, decadent sides and huge portions. Take comfort in 8 of our favorite barbecue joints below.

Mission BBQ in Virginia Beach is dedicated to “Proudly Serving Those Who Serve” in the American armed forces. Patriotism is in the DNA of the business from the mission to the food. In the words of the founders, “We believe there is nothing more American than BBQ.” The menu is extensive, ranging from brisket, pulled pork, baby back ribs, sandwiches, salads, and southern comfort sides. The food is delicious, and the mission admirable.

Virginia BBQ has quickly spread across the state from its first location in Ashland to Lakeside, Midlothian, Fredericksburg, and, soon, Carrolton. The reviews are stellar year after year, with one reporter saying it has “The best barbeque on the planet.” Online offers aside, the brick and mortar locations offer traditional hand-pulled pork, classic North Carolina barbecue sandwich, Texas barbecue beef sandwich, hot dogs, ribs, and incredible sides.

Join a Williamsburg tradition by eating at Pierce’s. Opened in 1961, the counter-serve style restaurant stills serves up classics like the J.C. Special (“jumbo” sandwich—five ounces of famous pulled pork with fries and a cookie), the Smokehouse Special (barbecue sandwich with slaw), and family deals. Try the burgers and dogs in addition to the smoked ribs and chicken.

Buz, owner of Buz and Ned’s Real BBQ, traveled the country in search of the best barbecue secrets known to mankind. In Ned, he believed he found those secrets. Buz and Ned’s opened in 1992 and still serves some of Richmond’s favorite grub. The Complete Meal menu comes with two classic sides in addition to barbecue pork, pulled barbecue chicken, beef brisket, smoked wings, or combos. Don’t skip the appetizers, which include Cajun fried pickles, crispy kick n’ fried okra, and barbecue sliders.

County Grill and Smokehouse is home to the Serial Grillers, a competitive and award-winning barbecue team. With two locations, one in Yorktown and one in Hampton, you can sample the goods onsite. Besides traditional barbecue fare, the potato boats, barbecue egg rolls, stuff barbecue shrimp, and smokehouse quesadillas make for an incredible experience.

Bubba-N-Franks Smokehouse has locations in Carrollton and Hampton, Virginia, and is “inspired by the everyday family cooking” that the owners grew up with. The casual atmosphere makes dining a delight. The huge menu includes smoked burgers, fried chicken, barbecue chicken, grilled chicken, smoked chicken, and brisket, and more. Specialties include barbecue taquitos and their brisket quesadilla, as well as entrees, platters, and sides.

Smoke BBQ… the name says it all. All of the ingredients are fresh and local. Entrees are crash courses in southern food, with each plate served with a corn muffin and two sides (choose from French fries, coleslaw, barbecue baked beans, potatoes and gravy, collared greens, mac and cheese and more). Try the baby back ribs, pulled pork, beef brisket, sandwiches or platters while you enjoy the casual atmosphere.

Two Drummers Smokehouse is a “low-key, old-school eatery” that aims to perfect the basics. All entrees are served with cornbread and include the cherry-smoked pork plate, bone-in pork chop, spice-rubbed pork ribs, regimental crab cakes, root beer butt half chicken, specialty burgers, combos, as well as soups, salads, and desserts. Check the website for daily specials, such as Macaroni Monday and Family Night Wednesdays.